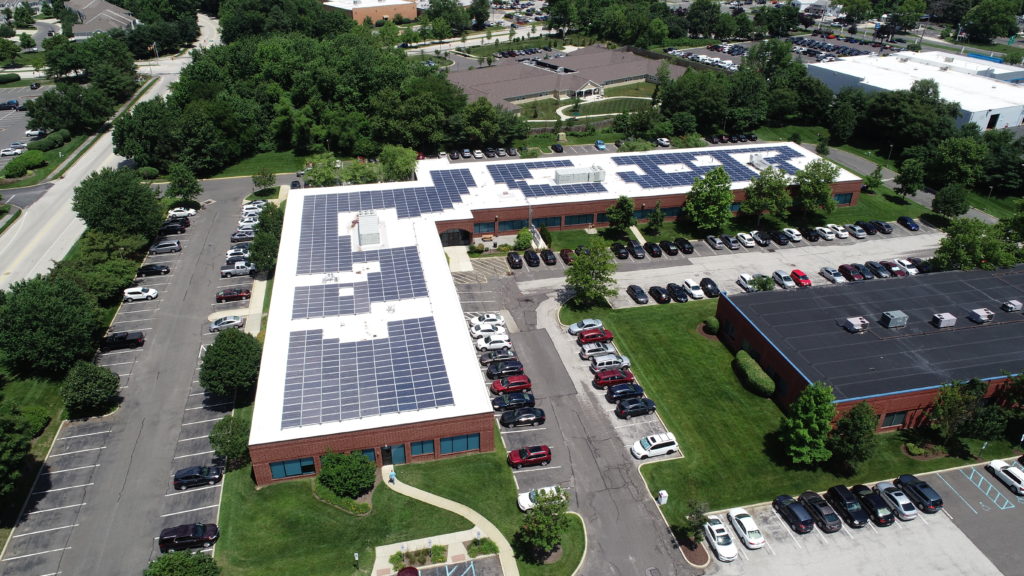 The owner of Villa Chapman Apartments, Dr. Peter Van Deerlin, is also a practicing physician at the South Jersey Fertility Center, a tenant at the 400 Lippincott Dr building. In addition to this initiative, Dr Van Deerlin has personally adopted a sustainable lifestyle – driving only electric vehicles and powering his home 100% with solar energy.  After careful deliberation, he selected Independence Solar to be his solar provider. Independence Solar provided state-of-the-art technology including power optimizers with safe rapid shutdown capabilities across four interconnected services.

Dr. Van Deerlin volunteered, “Rooftop solar is the obvious choice to both lower our carbon footprint and save money.  My project has been cash flow positive right from its start-up in April. I am so grateful to Independence Solar for delivering a wonderful turnkey project.  Working with Independence Solar was seamless and effortless.  They give extra effort because they truly believe in what they are doing.  And, they did it through the very worst winter for major storms and ice.”

He continued, “After purchasing the single-story 400 & 406 Lippincott Dr buildings in June 2017, my very first thought was that the buildings needed to utilize their large and empty rooftops and switch to clean solar energy. Solar provides a financial benefit for us and for our tenants, but even more importantly, it benefits our future climate.”

Keith Peltzman, President at Independence Solar, shared: “We are honored that Dr. Van Deerlin selected Independence Solar. We deeply appreciate the trust that he placed in us to construct and maintain solar on his buildings. We take great pride to leave him with a safe and high-quality system that will last for the next 30+ years.”

About Independence Solar
Independence Solar (www.independencesolar.com) is a turnkey developer and installer of commercial solar energy. Since 2007, the team has developed and built over $200 million of solar projects, including the largest rooftop solar array (9 MW) in North America at the Gloucester Marine Terminal in NJ. Independence Solar forges long-term partnerships with our clients by offering the complete suite of solar services – development, financing, installation and ongoing maintenance.